Angela Hampton is a native to the Southwestern United States. Her love for Her drive for creativity and the need to get her hands dirty began in the early 1990’s when her family moved to Las Cruces, New Mexico. It was there that she became inspired by her high school teacher, Raul Dorn, to pursue the arts. In 2003 she graduated with a BA in photography from The Ohio State University in Columbus, Ohio. During a 2014 visit to Nashville,TN, Angela was introduced to the Hatch Show Print Museum, where her love for type, hand lettering and therapeutically paced analog methods was taken to a new level. Returning to college later in life, Angela went back to college and in May 2020 will graduate from the School of Arts and Design with a BA in Graphic Design and Arts Entrepreneurship Certification from the University of Northern Colorado in Greeley, Colorado.

With each new design I allow the creative process to organically flow through metamorphosis and evolution. Intertwining creative processes such as Suminagashi marbling, hand lettered sign painting, and dip pen calligraphy with new technological artistic methods like Adobe Creative Cloud Suite to laser cut and 3-D printing, I give nostalgic trades a new way to communicate. 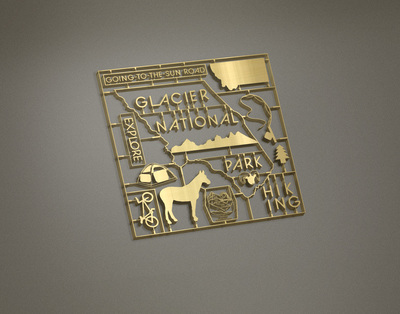